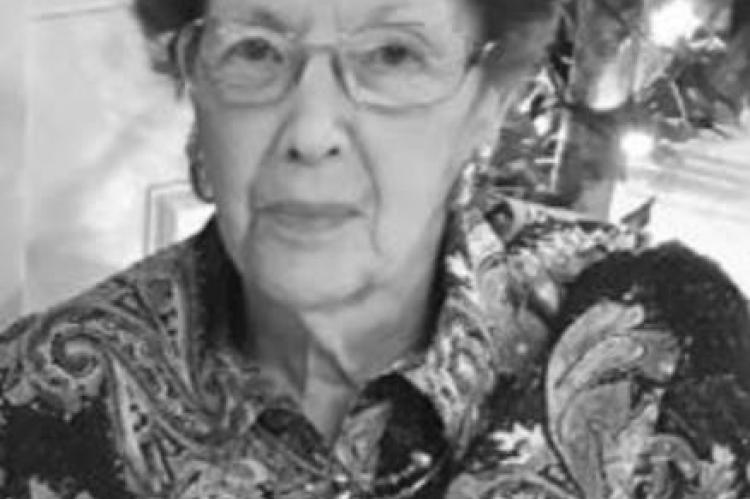 Frances was born on November 8, 1929 in North Zulch, Texas, to George and Emilee Boswell. After high school graduation, she moved to Bryan to enroll in McKenzie Baldwin Business School and worked for Sears after completing her studies. A co-worker set her up on a blind date with her nephew, Bill Cooley. Their first date was a Bob Wells concert and they were married January 29, 1950. Their first residence was a dairy farm in Brazos Valley and they later moved into College Station. Bill and Frances owned and operated Cooley’s Conoco service station on University Drive for many years. Frances worked as a bookkeeper for several local companies over the span of her career.

Frances was dedicated to her husband and daughters. A witty lady, she enjoyed reading and liked to browse through Carousel Books then trade books with neighbors. She also loved spending time with her family, often at their lake house or at the beach, and was involved with her granddaughters, following every sport they participated in. Above all, Frances loved being mom to her two daughters, Gail and Sonya. One of her daughter’s friends described Frances as the most put-together mamma, hair and nails always done. Frances attended Grace Fellow-ship and was a member of The Owls group.

Frances is survived by her 2 daughters and son-in-law, Gail and Chris Barzilla and Sonya Cooley of College Station; 2 granddaughters, Lauren Barzilla of Austin, Miranda and Aaron Henslin of Houston; niece Sandy and George Morse of North Zulch, JW Cook of Deer Park; 5 other nieces and one other nephew on the Cooley side and her beloved cats.

She was preceded in death by her parents, her sister, Ellouise Cook, and her husband, Bill.

A private graveside family service was held to honor her life. 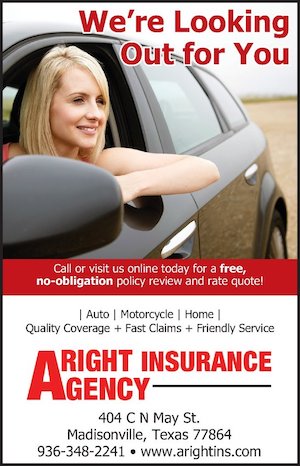 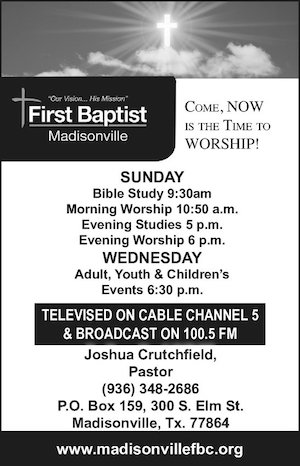 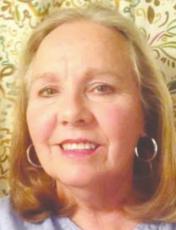 They endured the cold, too (part two)
Mar 3, 2021 - 07:39
Weather has been a popular topic of conversation for the last two weeks and was on my mind when I sought a Musings topic. Currently Volume 1 of Madison County history is not available for purchase, but we are working to convert it into a searchable computer document that will later be available for purchase on a USB flash drive, or, for you non-techies, an inexpensive computer plug-in device. I took advantage of what we have so far and searched “weather”. I’m sharing some of what I found.
Library book sale and donation guidelines
Mar 3, 2021 - 07:39
When it’s time to clean out your book shelves or DVD cabinets, the Madison County Library can be a great place to give your items a second life. You may be wondering what we do with the books after you drop them off for donation.
JAIL LOG
Mar 3, 2021 - 07:39
The following persons were arrested or booked into the Madison County jail. All persons are presumed innocent until proven guilty in a court of law.
END_OF_DOCUMENT_TOKEN_TO_BE_REPLACED 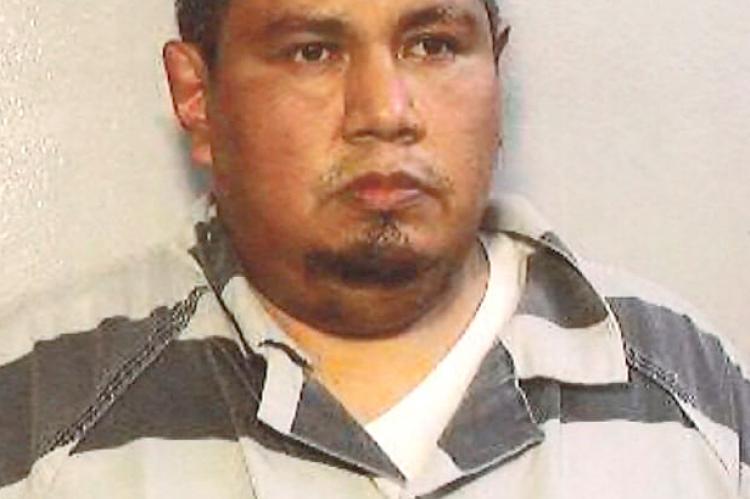 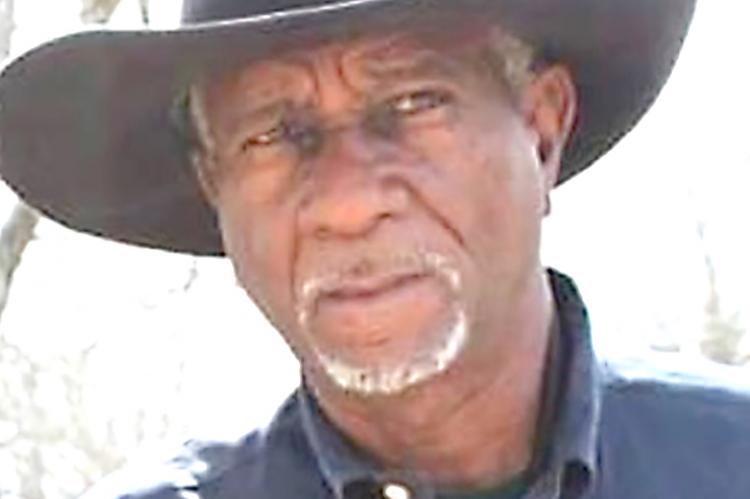 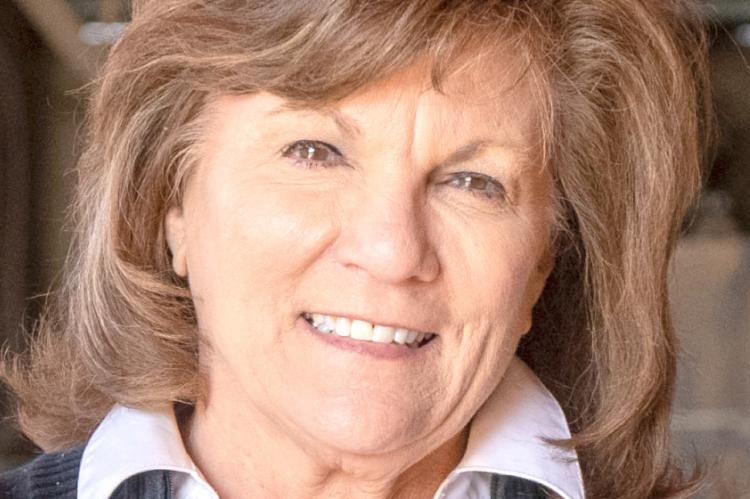 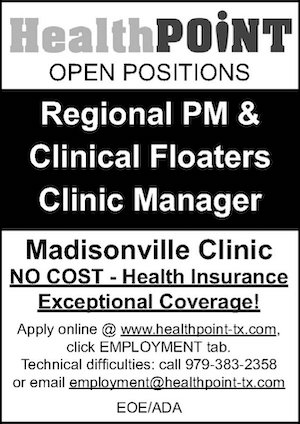